When you’re a parent, the early years with your kids are very controlled. What they eat, wear, believe—everything is pretty much controlled by you. And when they do things you aren’t into, you teach them out of it.

Like pooping in their pants. When they’re really little, pooping in the pants is OK but it gets old pretty quickly. Unfortunately, they don’t learn how to stop on their own so we have to teach them. And it’s not like you can blow it off after the first few times of them not getting it. No, my friend. REAL TIME goes into that kind of behavior until it ENDS.

As parents, we never stop teaching our kids stuff, but few things get the same kind of intense training as teaching your kid not to crap his pants.

Sure, we throw out brilliant words of wisdom and epic parental speeches about right and wrong —-but unless we’re able to see it all the way through like potty training, in the end all we can really do is hope for the best.

We hope they heard us and paid attention, but who knows?

For years, at Camp Tanuga and now at Sum Girls Boutique, kids will hang on my words and listen to me like I know what I’m talking about—but my own kids? No. I’m like Charlie Brown’s parent to them.

But what if you NEED them to listen to you? What if they NEED to understand something important? THEN what do you do?

My girls and I, we have fun together, like for real fun—but make no mistake—we aren’t friends. I have friends. I’m all set there. My daughters are my daughters.

My daughters are currently 9 and 11 and I still have trouble believing I have them. Being a “Mommy” has never been the most natural thing in the world for me, nor has it ever been my only goal, so I don’t do it full time. I have two other jobs as well, but I take my Mommy job seriously and part of that job is teaching my girls to be smart.

In the beginning it’s not that hard to make them see things your way. Even if they question and argue and complain, ultimately we have all the control.

But that doesn’t last.

Whether you’re home with your kids until the first day of kindergarten or they’re out the door early on for day-care, eventually you will have to relinquish control unto somebody else.

When this day comes, you will question yourself. You will pull over in the rain, eyes all welled up with tears, thinking of the kid (YOUR KID) you just left behind and you will torture yourself with whether or not it was the right thing to do.

But that’s really about us, not the kid. The kid is fine. You left her with people who are capable and great, and she is happy and comfortable and safe.

It’s really not until she gets older that it becomes about her. It’s when there’s a lack of supervision that things become tricky. I know what I was like, and if the stuff I did was stupid then (it was), it’s even STUPIDER now because it’s a way different world now!

We can’t get away with the same stuff we used to. There’s social media and the internet and smart phones now, which is a blessing (for us) and a curse (for them). With today’s technology we have way much more access to our kids, and they have way less excuses.

There were no tracking apps when we were kids. There were no apps at all! There were bad boys waiting, a mom who was sleeping, me quietly sneaking, and a car leaving. That’s what there was.

Kids now don’t have the luxury to be stupid as we were. Too much has changed.

Our kids have to be smarter.

The problem is, who the hell knows what they’re doing when we’re not around…? And if they do the wrong thing, whose fault is it? Is it ours for not doing enough as parents, or is it theirs for not paying attention?

Years ago, my older daughter, F, had a friend over and she decided about an hour early that the date was over. She retreated to the couch and left her friend in the playroom. Sorry! No. YOU wanted to have the kid over; you have to deal. Eventually (and reluctantly) F did the right thing and finished out the play date, but I know it’s only because I happened to be there and forced her.

Another time, JJ, (my younger one) had a friend over and they wanted no part of me, or the awesome snack I was offering so they blew me off completely and went directly to JJ’s bedroom. Obviously, I decided THAT was a good time to do laundry and as I grabbed a basket and approached JJ’s room, I heard her friend say: “…Yeah but you like Soenso better than you like me.“

I stood frozen. Do I cut in like I did with her sister all those years before, or do I let her take this one on her own and accept the fact that I can’t always be there to control the actions of my daughters?

Both of my girls will eventually find themselves in predicaments MUCH harder to navigate than those scenarios, but really, it’s all relative to their age, isn’t it? Teaching kids the fundamentals is exhausting because it’s a process that never ends. Potty training sucked A LOT, but that got wrapped up.

With parenting though, not everything always gets wrapped up.

Getting your kids to understand the importance of things works best when they’re little because as they get older, they less they listen. Plus, when they’re little, their actions don’t really have horrible, real life repercussions:

Like, my girls know if they lie to me and I bust them, I will be picking out their school outfits for as many days fit the crime. Whatever I pick, they HAVE to wear it, to school. Even fairy wings.

At 9 and 11 years old, they think that is the worst punishment EVER! But they need to understand punishments don’t get BETTER as you get older.

I know this because I still do dumb stuff and I have to suffer the consequences. I’d say I probably do at least one fairly dumb thing a day, maybe five. We opened Sum Girls Boutique about 10 months ago and between that and my other business I have been working a STUPID amount of hours, but you know I still manage to find time to stir up SUM sh*t.

Over the years though, I have gotten better about being less stupid. I get a long leash from my friends who know me best and my husband. He’s been with me over 15 years. He knows who he married.

Instead, I choose to make up a LIST of all the things I want my girls to be smart about as they grow into productive, kind, contributing women in our society.

And I hope you come back soon for Part 2 of Don’t Be Stupid: THE LIST

Thanks for being here and sticking with Dim Sum and Doughnuts. I know it’s been a long time since I have written anything for the girls’ blog. We all appreciate so much that you’re here. 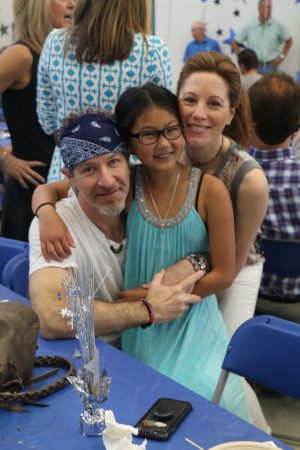 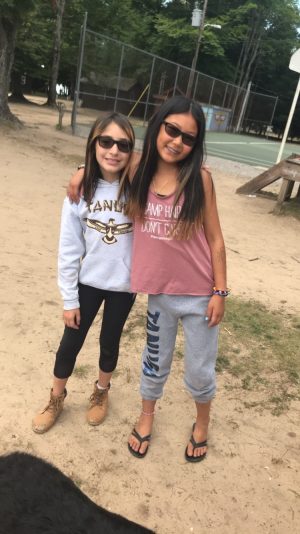 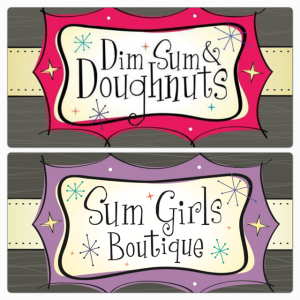