We’ve all been in the store, at least once in our lives, when some cute little girl suddenly goes from saccharine to Satan. She’s the one having a complete and total meltdown because “No” was the answer she got as she begged for the new Dream Dazzlers Stylin’ Hair Salon. (Not that I blame her, that thing looks awesome). But you’ve seen that kid, right? I have too. If I was a nicer person, I would feel bad for the parents, but I’m not so instead I think to myself: “That kid is a pain in the ass, have fun being her parent.” I then take a moment to kiss my beautiful girls on their heads and tell them that if they ever pull that crap in a store, they will wish they hadn’t.

Being completely and utterly petrified of a Dream Dazzler tantrum, I have always made a point to very calmly get in my kids’ faces and quietly talk them down from the top of the tantrum ladder. It has always worked and I thought it was because of my mighty mommy methodology.

But I was wrong, and it didn’t take long for my cockiness to catch up with me.

My daughter, Lovey, is only 19 months old so even if she attempted to have a tantrum, I’d just laugh at her and tell her to come back soon. 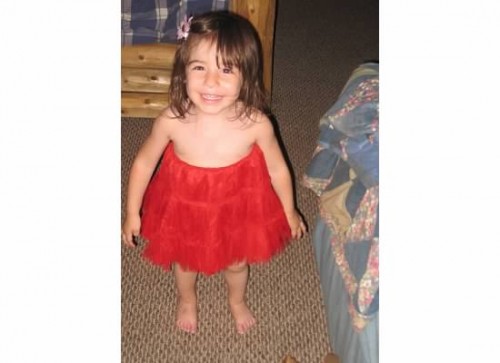 My other one though, Sweet Pea, has reached the point where she is always ready. She is almost 4 and she carries a conniption colt that is unlocked and loaded. For the most part, I can catch her before she goes for the trigger, but not always.

About a month ago, I took the girls to my friend’s house. Let’s call her “Caren.” Caren has two little boys and the girls had a blast with them. This didn’t surprise me because a) Caren’s boys are great and b) my girls could have fun sitting in nosebleed seats at a tractor pull. When it was time to go, I threw down the “five more minutes” call but Sweet Pea wanted no part of it. No big deal, (hair flip) I can work through that.

I went to my go-to tactic. I got on her level, gently placed my hands on her shoulders, looked her in the eyes and patiently and calmly explained that it was time to go. This usually works but this time, no dice. She flat out ignored me. Regroup. I can handle this. I took her into Caren’s kitchen and AGAIN very calmly explained the deal, blah blah blah… Again, nothing. I felt like one of the adults in a A Charlie Brown Christmas. “Wah Wah, Wah Wah, WAH.” WHAT THE HELL? Sweet Pea was frozen. She wasn’t listening to me and she wasn’t looking at me. It was like she was looking THROUGH me. I actually turned her around to face the other way because I honestly thought her head would spin and I wanted to see if would go the whole 360 degrees or just 180.

When she decided to trade in her statue state for full freak-out mode, I was the one who was paralyzed. I had never seen her like that. She was having a total fit. It was surreal. I was so taken aback by everything that was happening that I didn’t even take a moment to be embarrassed. Everything was a blur and there was no end in sight.

Of course, the storm eventually passed and Sweet Pea snapped out of it. After careful dissection of the situation, and others since, this is the conclusion I have reached: There are no answers. We’re screwed because meltdown mania is, unfortunately, one of the necessary evils of being a kid, and a parent.

Sometimes our kids just need to freak out. They’re carrying a lot in their little bodies and every so often they just need to let it out. As parents, all we can do is the best we can do. Nothing I could have done during Sweet Pea’s unscheduled exorcism would have altered her behavior. She had an unconscious agenda. I think our best bet is to get ourselves some rubber gloves and hold on tight. We can look at that kid in the store flipping out over a Grow-to-Pro Basketball Net and think that “that kid sucks,” but we also have to admit that sometimes, just sometimes, ours suck a little bit too. 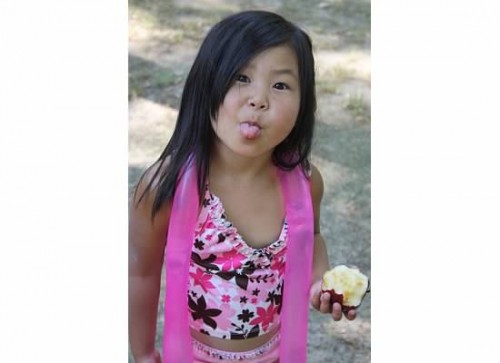